Toxic masculinity seems to be everywhere. Its representation and consequences can be seen in the streets, at home, at the workplace… And more recently, even at the Oscars ceremony.

It was a historic night for the film industry, where Ariana DeBose became the first queer woman of colour to win Best Supporting Actress, Jane Campion became the 3rd woman film-maker ever to win Best Director, Sian Heder won Best Picture and Best Adapted Screenplay, and a young Billie Eilish won Best Original Song at only 20 years old.  However, none of this hit the headlines the next day, but quite the opposite. The incident between Will Smith and Chris Rock is what the media echoed and therefore went viral. A display of aggression, disrespect and violence.

A moment that showed the worst side of toxic masculinity. Not only because one man physically assaulted the other, but also because the other one decided that it was a good idea to joke about a woman’s health issues after she had spoken publicly about her sufferings.

In this regard, what is the difference between “Masculinity” and  “Toxic Masculinity”?

In the book “Women Leading the Way in Brussels”, written by REDSCOPE’s CEO Claudia de Castro Caldeirinha, masculinity is defined as “social meaning of manhood, which is constructed and defined socially, historically and politically, rather than being biologically driven. The term relates to perceived notions and ideals about how men should be expected to behave in a given setting”. In principle, there is nothing wrong with masculinity. But it is imperative to differentiate the traditional notion of it from “toxic masculinity”. This latter could be defined as ”socially regressive masculine traits that foster domination, aggression, the devaluation of women, homophobia, violence, etc.”

How can societies fight toxic masculinity at the workplace and in any other spheres of life? It is certainly not an easy task, but raising awareness about the risks of such behaviour is always the most crucial first step. Find below 5 tips, which are easy to implement, to tackle & prevent this harmful behaviour. 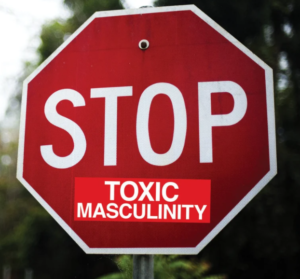