EUregionsWeek 2020: The Path to Gender Parity in Politics 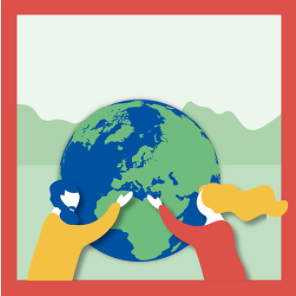 The European Week of Regions and Cities is an annual unique communication and networking platform, bringing together regions and cities from all over Europe to discuss common challenges for European regions and cities and to exchange ideas on possible solutions.  This year’s 18th edition focuses on Citizens’ Empowerment, Cohesion & Cooperation, and Green Europe.

The event is taking a fully digital form and provides a solid platform for debate on EU cohesion policy in a wider context combining representatives of private companies, financial institutions, and European and national associations; members of the European Committee of the Regions, members of the European Parliament, and national, regional and local politicians including young elected politicians (YEPs)  together with proactive academics, journalists and citizens.

As part of EURegionsWeek 2020, Claudia de Castro Caldeirinha, Redscope’s Executive Director, joins to moderate the discussion on Gender Parity within the EU political environment. While the EU is a global leader in gender equality: 14 of the top 20 countries worldwide on gender equality are the EU Member States, no Member State has achieved full gender equality yet, neither is the current progress inevitable nor irreversible.

According to the 2019 Gender Equality Index, the domain of power is the most concerning area in terms of gender inequalities. Statistically speaking, only 30% of all the local and regional elected officials, 29% of local councillors in the EU, and 15 % of mayors are women. Unfortunately, the numbers are not anywhere near equal as of now, and we can only get there in approximately 95 years at a current rate.

Local and regional authorities have a crucial role to play and can be key actors in addressing gender equality through their specific competences. The workshop will present the key points of the CoR Opinion and the latest figures on women’s participation in politics. The necessary steps and ideas for action to close the gender gap will be discussed. Young Elected Politicians (YEPs) will share their experiences at the local and regional level in addressing gender equality and parity democracy.

The Path to Gender Parity in Politics Workshop as part of the EURegionsWeek 2020 invites EU senior politicians involved with the Gender Equality agenda to discuss the necessary steps and ideas for action to close the gender gap as well as to share their experiences of the barriers and challenges women are facing in politics in the EU. Participants will have a chance to hear from Emil Broberg (Chair of the CEMR Standing Committee for Equality, Council of European Municipalities and Regions), Evelyn Regner (MEP, Chair of the Committee on Women’s Rights and Gender Equality, Andreu Rodríguez Concepción (Member of the European Committee of the Regions, European Committee of the Regions), Salla Saastamoinen (Acting Director-General, DG for Justice and Consumers, European Commission).