EUROPE FOR HER- Empowering women in regions and cities

In the EU only 13% of elected mayors and 29% of members of regional governments and assemblies are women. 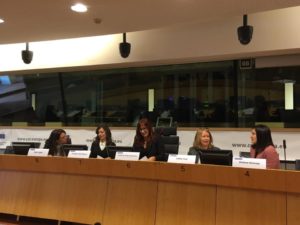 “Local and regional authorities have major responsibilities in terms of creating the conditions for gender equality to happen; as they are the sphere of governance closest to the people. It is important they move towards 21st century diverse cultures, ways of working and acting. Incredibly, 85% of EU mayors are still male, mostly white. We are still lacking inclusive policies, bias-free life-long-learning education, more visible role models, training and mentoring, and funding to support gender equality projects and initiatives, and overall support to women entrepreneurs, etc. Only with a consistent inclusion agenda and courageous & inclusive leadership can we tackle the many challenges of our times – transition to the digital age, democratic crisis & climate change, just to name a few”, concludedClaudia de Castro Caldeirinha at the Europe for Her, at the European Committee of Regions. 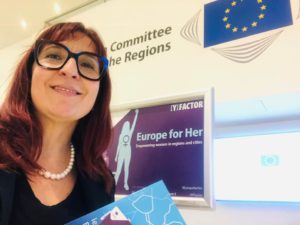 It’s 2019 and we are still light years away from gender equality. Despite progress over the past years, much more needs to be done to promote and forward equality between women and men.

Local and regional authorities have a crucial role to play and can be key actors in bringing about this progress, notably through their substantive control over public services.

As a step for awareness and change, on the 21st of January 2019, the European Committee of the Regions (CoR) brought together a number of experts together with locally elected representatives and local/regional leaders, in order to exchange best practices and stir new ideas on how women can be empowered at local level in both politics and society.

Relevant report by the United Cities and Local Governments (UCLG), the organisation representing the interests of local governments on the world stage, on THE ROLE OF LOCAL GOVERNMENTS IN PROMOTING GENDER EQUALITY FOR SUSTAINABILITY.