TALK 1 OF LEADERSHIP TALKS FOR A BALANCED EUROPE 2019

The “LEADERSHIP TALKS – Building Inclusion & Gender Balance in Europe”are inspirational lunchtime conferences (12.30-14.00), at the European School of Administration (EUSA). They bring together business leaders who have inspiring track-records and experience as Inclusive Leaders; and are designed to be learning & interactive exchanges between these speakers and the participants (top and middle –men and women- managers in the EU institutions and agencies).

The program and the Talks are facilitated by Leadership expert and author Claudia de Castro Caldeirinha, and is co-designed by the EUSA and the REDSCOPE team. 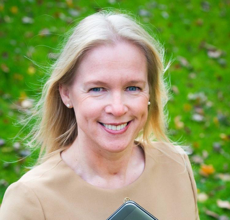 Pascale is Managing Director Commercial Business Dell EMC for Belgium & Luxembourg. She recently took up the role of Vice President and Country Lead for the Dell EMC branches in both countries, as well as that of General Manager for the company’s Commercial Business segment. Prior to that, Pascale was Dell’s Managing Director for Belgium and Luxembourg for eight years. She previously led the company’s public sales team in Belgium and later Europe, Middle East and Africa, having joined Dell in 2004.

Prior to Dell, Pascale spent five years as director of corporate sales at Base and in management positions at Proximus and TNT Express.

Pascale is actively working across the digital sector in her role as President of Agoria Digital Industries, the ICT chapter of Belgium’s industry and trade association. She has been recognized as a fervent sponsor of women in IT. She received Belgium’s ICT Woman of the Year award in 2014 as a recognition of her role model function and commitment to leadership in the country’s IT sector. She received the European Digital Woman award of the year in 2017 for being an outstanding female leader in the ICT sector and was named JUMP’s Wo.Men@Work 2018 CEO Ambassador for Gender Equality for her work to achieve gender equality within her company. Pascale is co-founder of BeCentral, the digital hub in Brussels’ Central Station, which aims at democratizing access to digital applications and the digital world. She is a member and chairwoman of the “Wise Women of Ghent”, a cross- sector group of female business leaders that works to encourage women to opt for ambitious careers through sharing knowledge and best practices in the community. Pascale leads the skills and education work around transforming students into digital natives in the Belgian Coalition for Digital Jobs, with the key ask of reaching more girls. She climbed the Mont Blanc in 2014 as part of a women-only team. 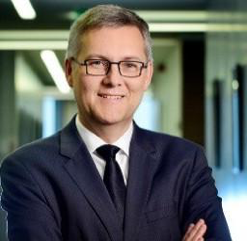 Daniël de Clerck graduated in law from Antwerp University and applied economics from KU Leuven, before joining the banking sector. He worked for Generale Bank and Fortis Bank before the group became BNP Paribas Fortis in 2008.

Today he holds the position of General Manager and Member of the BNP Paribas Fortis Executive Committee and he is responsible for the operations departments for lending, securities handling, estates, customers & accounts, and more.

As a nominee for JUMP’s Wo.Men@Work  awards in 2018, he is widely recognised as a pioneer of gender equality and inclusive leadership in the financial services sector. 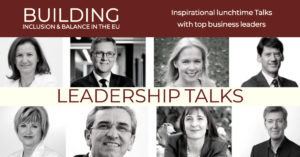